Sinopec To Raise Output Of Key Raw Material For Masks 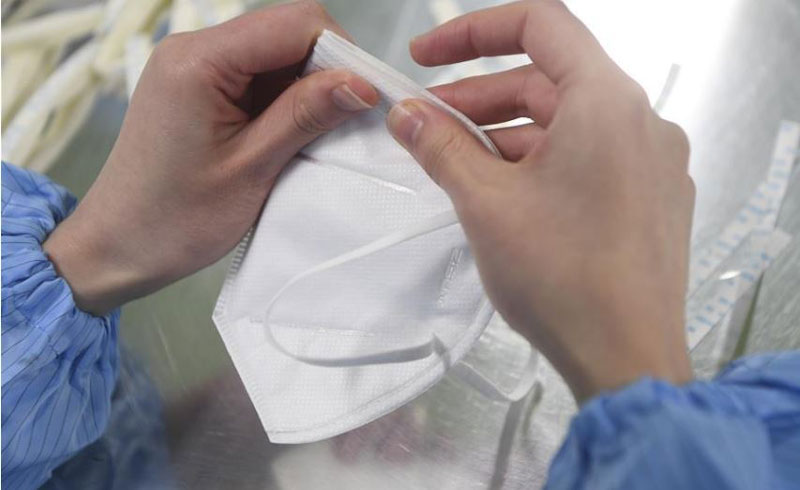 The two production lines in the Chinese capital are expected to manufacture 4 metric tons of fabric that can be made into 1.2 million N95 respirators or six tons of fabric for 6 million surgical masks every day, according to the company, also known as Sinopec. Upon completion, the 10 production lines will be able to produce fabric for 3.6 million N95 respirators or 18 million surgical masks every day, it said.

Meltblown nonwoven fabric, an essential raw material for medical masks, is the filtering layer in the middle part of the mask. The company decided on Feb 24 to set up 10 meltblown nonwoven fabric production lines to help make masks, in a bid to fill the demand gap in the fight against the novel coronavirus outbreak.

Sinopec, one of the three biggest oil and gas companies in China, as well as a leading supplier of medical raw materials, has reportedly responded promptly by turning itself into a leading company for meltblown nonwoven fabric.

The market price of the product is expected to gradually come down from its current peak, said Li Li, research director at energy consulting company ICIS China.

While the State-owned company is playing a vital role in tackling the scarcity of the masks, it’s challenging to change the situation with the efforts of just a single company, as companies with this level of capacity and response are in scarcity while the demand for masks is surging, she said.

China’s centrally administered State-owned enterprises have been accelerating work in the production of meltblown nonwoven fabric to help the anti-epidemic fight, with daily production capacity of meltblown nonwoven fabric reaching 26 tons as of March 6 and the same is expected to grow significantly in the coming weeks, said the State-owned Assets Supervision and Administration Commission.

While the upstream meltblown material and the downstream mask factory have expanded their capacity, the meltblown fabric is hard to expand due to the high capital expenditure, long date of delivery and excessive risks to private companies, she said.